The role of SOE as a contributor to the state revenue and several cases in SOE that have emerged recently has made SOE the focus of the government and investors. Cases that arise include corruption, dysfunctional behavior, and other actions included in the impact of agency theory. It makes researchers interested in examining agency theory's indication in non-financial sector SOEs using dividend payouts with a dividend payout ratio, debt policy with a debt-to-equity ratio, and independent commissioners with the proportion of independent commissioners as an indicator. The samples of this study are the stated own companies in the period 2010-2019. This study uses SOE's financial reports that have been published by related SOE's using secondary data collection methods. The data analysis used a comparative test with the Kruskal Wallis test because the data was not normal. Further analysis was also carried out in post hoc tests and analysis of agency theory indications. This study indicates that there are differences in the indication of agency theory in SOE's in the sectors Property, Real Estate and Building Construction, Infrastructure, Utilities and Transportation, Mining, Basic Industry, and Chemicals, Miscellaneous Industry, and Consumer Goods Industry. 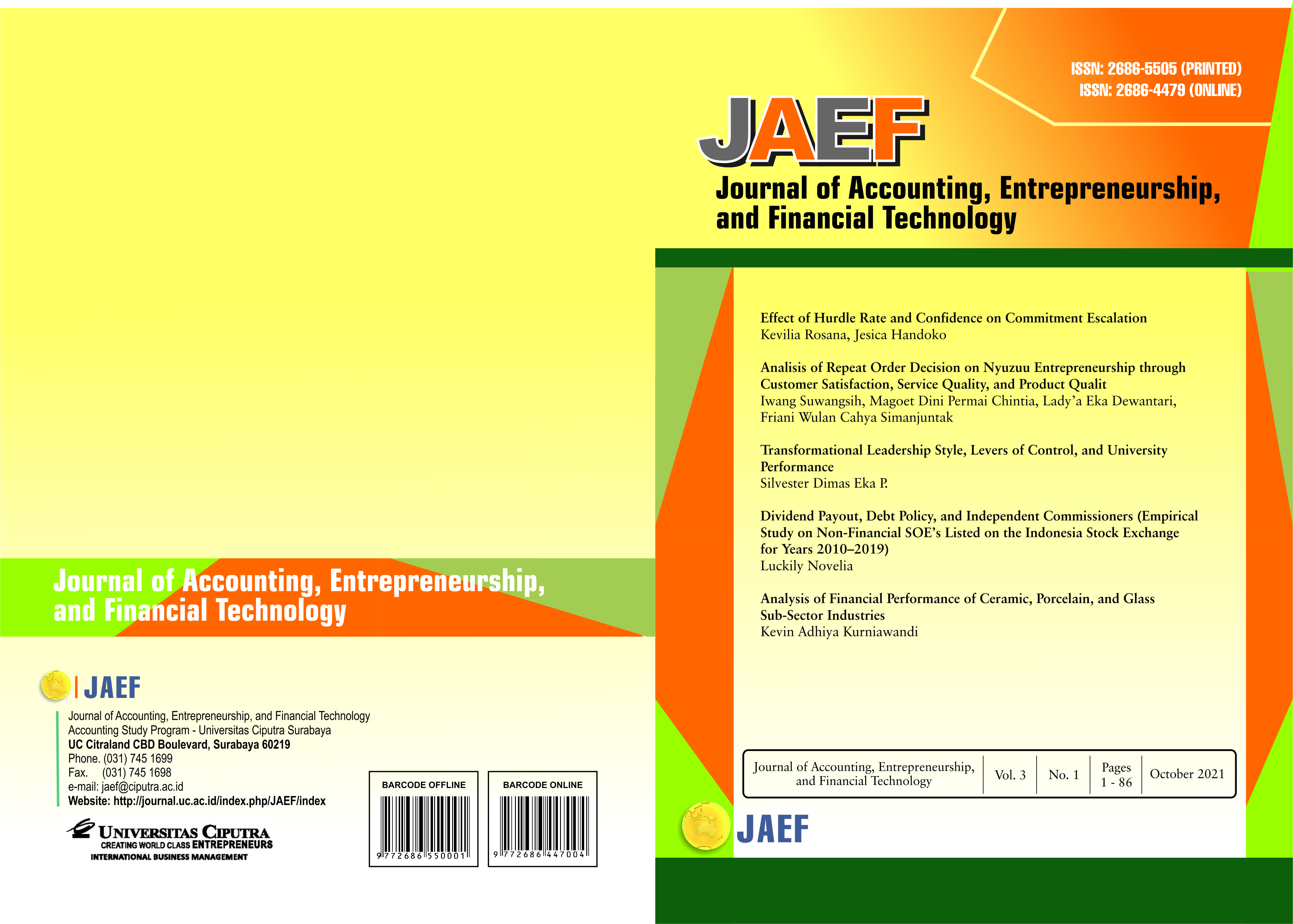