FACTORS OF COMPANY VALUE: A STUDY BASED ON INTELLECTUAL CAPITAL, COMPANY GROWTH, AND COMPANY PERFORMANCE

This study aims to examine the effect of intellectual capital, growth, and company performance. This research uses a quantitative approach and the sample used is 32 manufacturing companies listed on the Indonesia Stock Exchange (IDX) for the 2013-2017 period which were obtained through a purposive sampling method. The analytical technique used is multiple linear regression with the help of SPPS 2.2 for Windows. The results of the study show that the variable intellectual capital and company performance have a significant positive effect on the value of the company in manufacturing companies, this indicates that these two variables can be made by investors as a measure of investment in the company. Instead, the growth variable of the company shows a non-significant negative effect on the value of the company, it can be interpreted that the growth of the company is not a consideration of investors to invest in the company. The percentage of the influence of independent variables is Intellectual Capital, Company Growth and Performance. 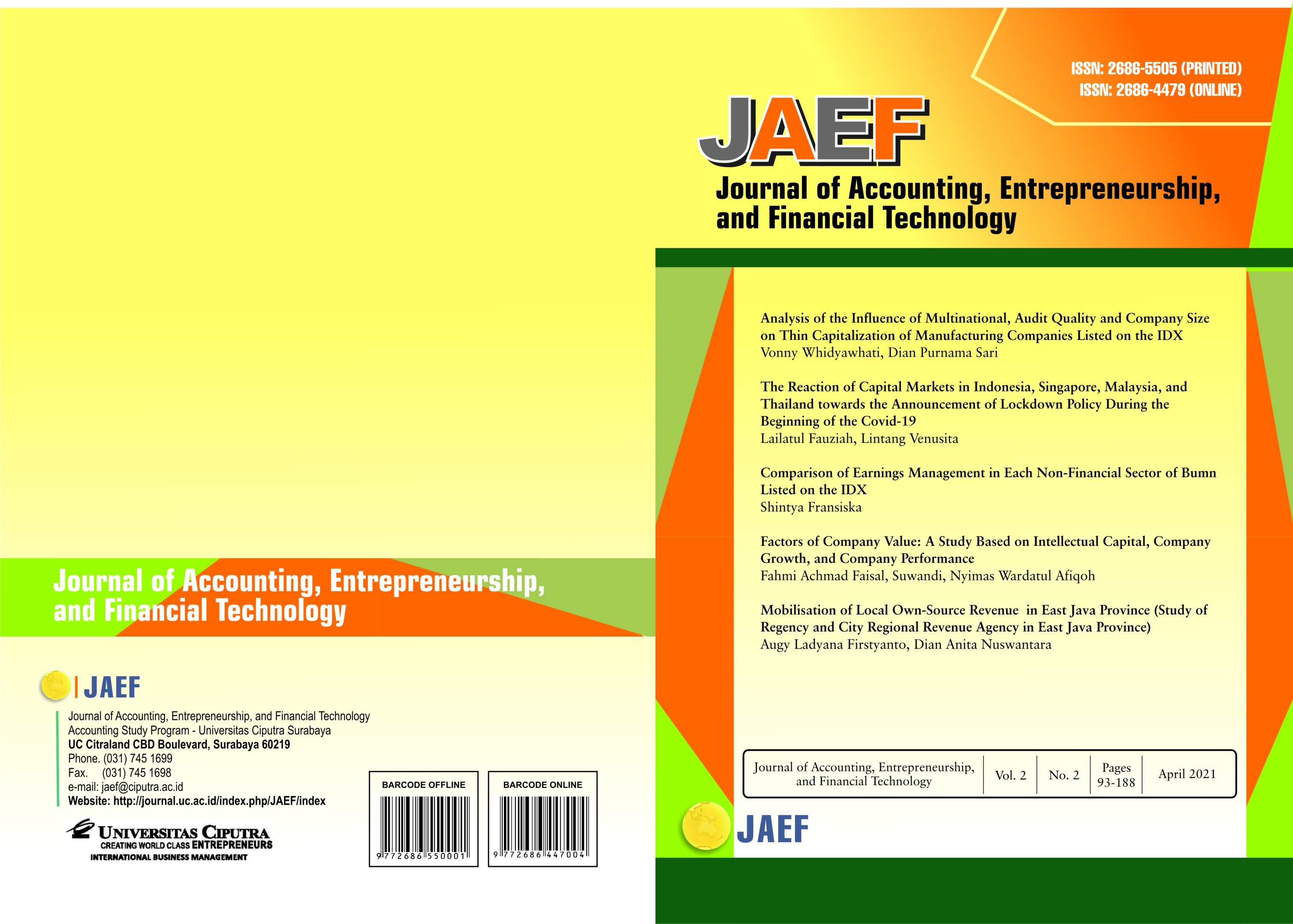