The company needs alternative funds, one of the alternative funds that can be used by the company is to offer shares owned to the public through the capital market. The implementation of going public is carried out by selling shares owned directly to the public through the capital market, which is often referred to as an initial public offering (IPO). IPO companies will find it difficult to determine the stock price when in the primary market, this is due to the absence of a definite reference in the company’s stock pricing so that there is a need for underwriter cooperation. The research sector used in this study is the consumer cyclicals sector. The purpose of the study was to test the influence of independent variables, namely the reputation of underwriters, the reputation of auditors, the return on assets (ROA), the variable of company age control on the dependent variable, namely stock underpricing when consumer cyclicals sector companies conducted IPOs for the 2015–2019 period on the Indonesian stock exchange. The sample of this study was taken using a non-probability sampling technique, where 33 companies were found. The results showed that the reputation of underwriters had a significant negative effect on underpricing. The reputation of the auditor has no significant effect on underpricing. ROA has no significantly positive effect on underpricing. Keywords: underpricing, underwriter reputation, auditor reputation, ROA. 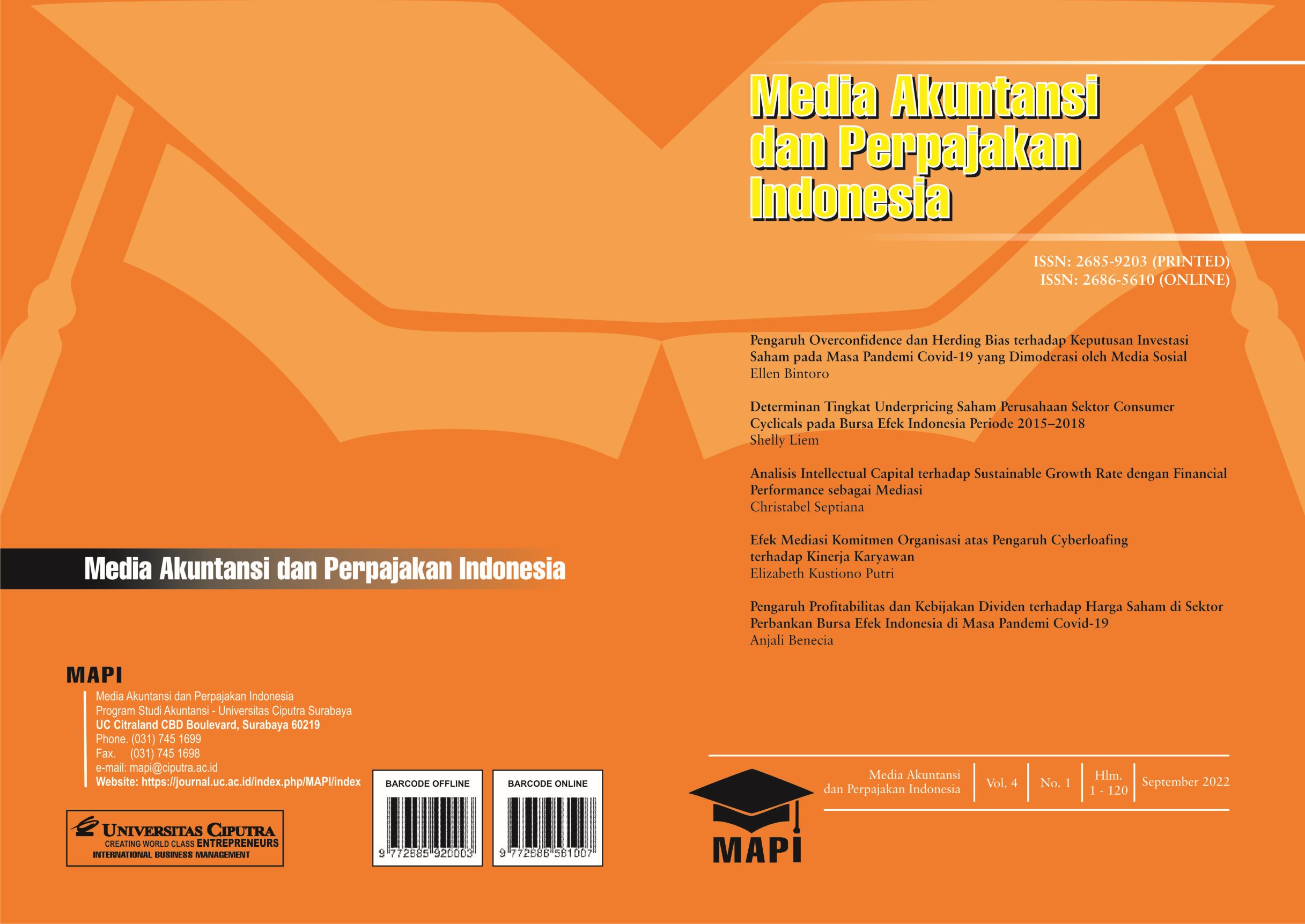