This study aims to examine the effect of good corporate governanceon financial performance. The independent variable in this study isgood corporate governance which is proxied as board of directors, board ofindependent commissioners, audit committees, managerial ownerships, andinstitutional ownerships, while the dependent variable of this study is financialperformance which proxied as return on assets (ROA). The sampleused in this study were 24 state-owned companies listed on IDX for the2015–2019 period. The sampling method used is non-probability sampling.This study uses secondary data in the form of annual reports for the 2015–2019 period which obtained from the company’s official website. The datacollected were then analyzed by multiple linear regressions using SPSS 25.The results of this study show that board of independent commissionershave negative effects on ROA. This means that the greater the number ofboard independent commissioners, the lower the ROA will be. The resultsalso show that other independent variables, namely board of directors, auditcommittees, managerial ownerships, and institutional ownerships haveno effect on ROA. 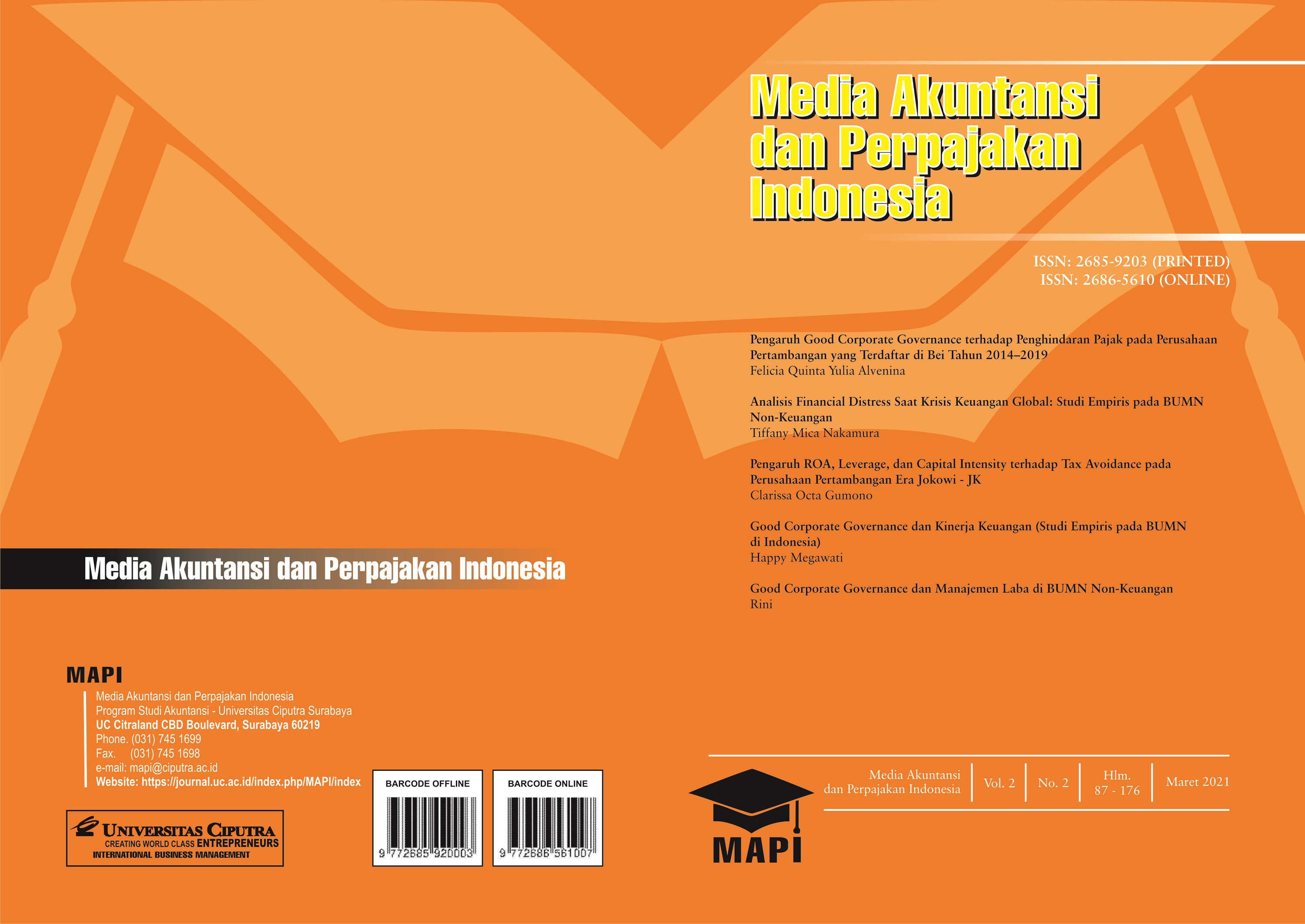