Content Analysis Of Portrait Of A Lady On Fire (2019)

Portrait Of A Lady on Fire (2019) is mentioned as the perfect example of a queer movie, being written and directed by Céline Sciamma; she is described as an auteur as her movies frequently revolve around the same themes. This movie starred queer individuals as well Semiotics Analysis of Portrait of a Lady on Fire is understanding that the characters of a queer movie have a common flaw, many queer relationships, especially lesbian relationships. However, in this movie, visually intimate scenes are not shown explicitly and are not fetishized or meant to be portrayed as sexual, but are meant to show the depth of their affection. The director does not exploit the characters sexually.  This article revealed that the community's movie could not cater to the heterosexual audience and was written based on stereotypes for misleading represented through the eyes of heterosexual perspectives.   Keywords: movie, queer theory, film theory, feminist film theory, semiotics 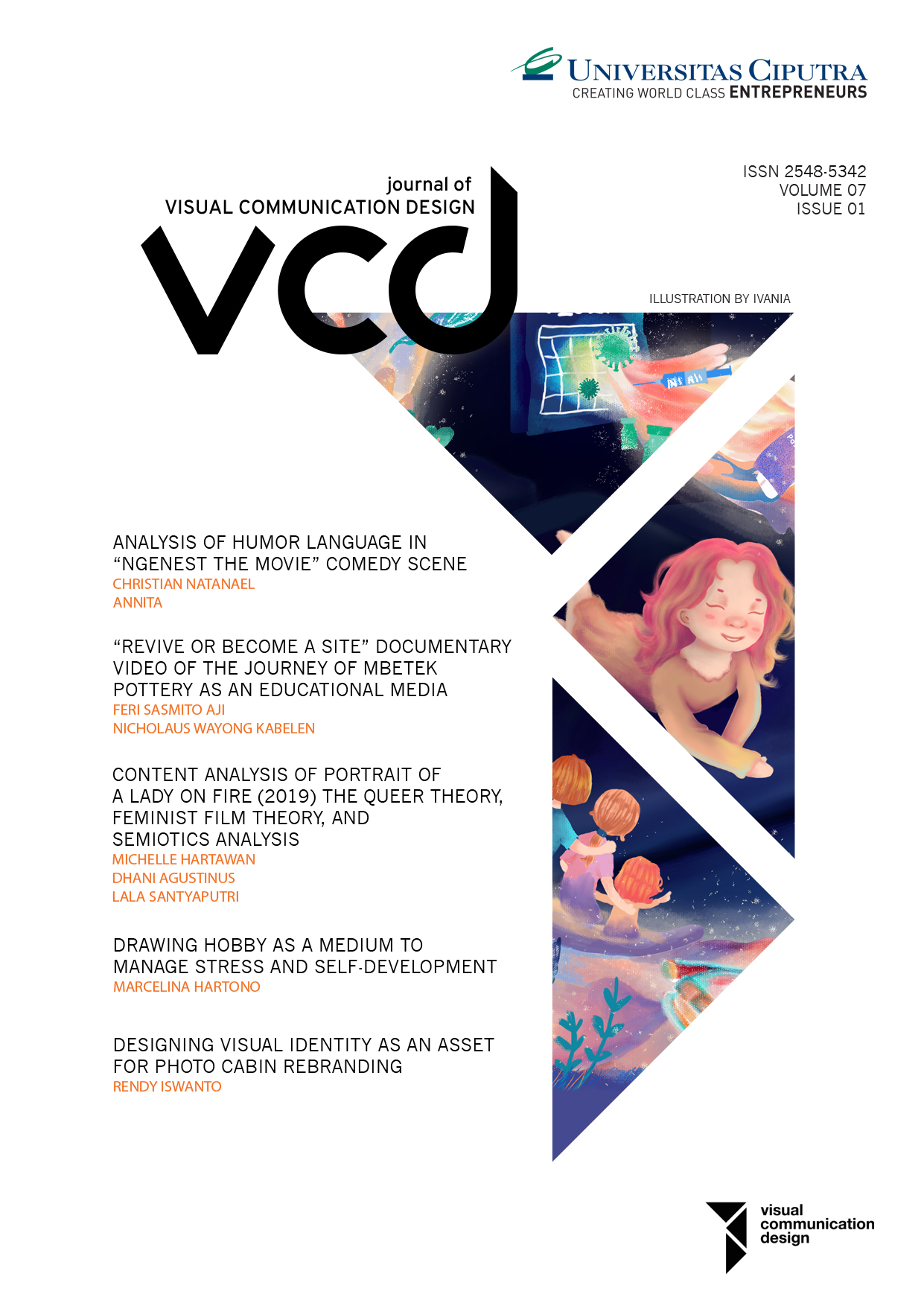