This study was designed to describe the meaning of the Kendra Paramita illustration works. Qualitative descriptive research with material objects in the form of colors, illustrations, layout, and typography as well as formal objects that have meaning in Kendra Paramita's work that can be studied using Charles Sanders Peirce's semiotic theory using icons, indexes, and symbols. The results showed that: (1) Analysis of Kendra Paramita's illustrated works seen from the study of semiotics. From the analysis that has been done, Kendra's illustrative works always show a relationship or relation between signs. Icons, indexes, and symbols both in color, shape and context always explain the meaning contained in each work. With the intention, describing it can be presented implied content in each work following the information sent will be more easily captured and digested by each reader. (2) Most of the issues raised through Kendra's illustrative work include issues: social, political, and economic that occur in Indonesia. 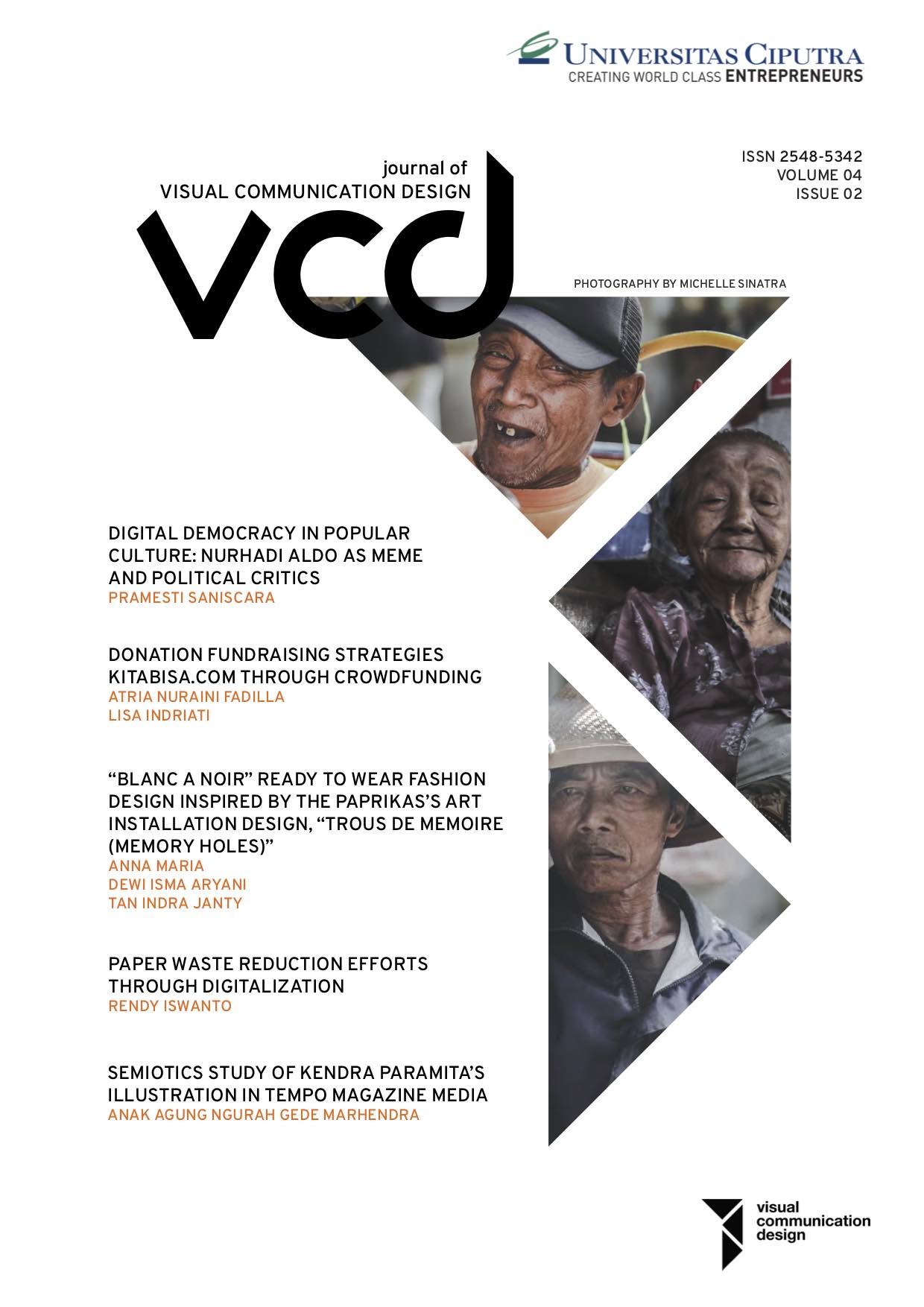