AKAM is a Chinese food restaurant in Surabaya. Apart from its main function, AKAM has two multifunction rooms on the second floor, the small and the bigger one. The existing building is located at Raya Dukuh Kupang, Surabaya, and covers the area of 810m2. Since it was constructed twenty years ago, the owner is currently in the need for renovation works in order to create a new appearance as well as to present a new atmosphere of the building interior. Besides, the new design is expected to solve some problems for better service of customers and their activities. The style chosen for the new design is the Peranakan “Pasuruan Chinese” Style, which will apply both to the first and the second floor. Yet for the second floor will be simpler in terms of the style, in order to meet the needs of various activities in the restaurant 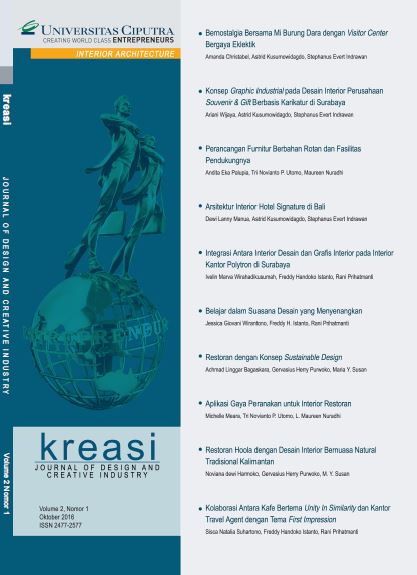