Surabaya is a one of a developed industrial city in Indonesia. One of the most potential industries in Surabaya is Food and Beverages industry. Surabaya has various types of food and Beverages industry. Type of Food and beverages industry that interest people in Surabaya is a restaurant that sells western food. One of popular western food in Surabaya is Burger. Surabaya has a large amount of restaurant that sell burger product, thus it cause Burger Restaurant has a low entry barrier. One of the strategies to compete with another Burger Restaurant is to combine burger concept with barbeque concept where customers able to grill the burger’s meat by themselves. This idea is expected to be an additional value and appeal customers in Surabaya. This concept idea will be applied to the restaurant’s interior. The design of restaurant burger design is adapted with business concept that is to offer experience to customers. The design concept that will be applied is a design that gives an experience to the restaurant’s customers. The concept that will be used for the design of Lavarock Burger Restaurant is modern rustic concept. This interior design is expected to give experience value as the selling factor. 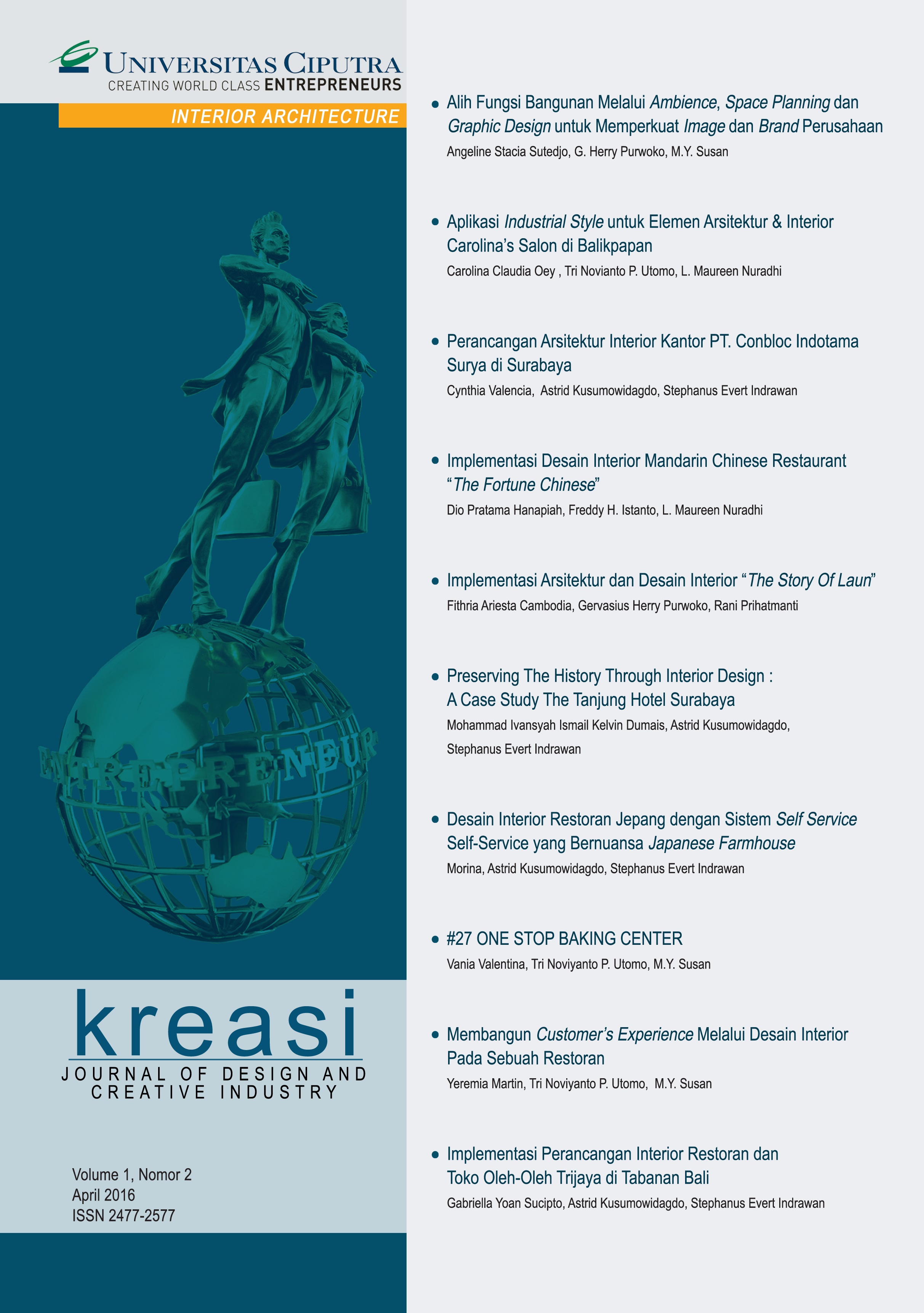