This study aims to find out the reasons why Indonesia strives to make Batik as a Cultural Heritage of Indonesia and explains the importance of Indonesia’s cultural identity. The research method used is the study of literature through related journals and previous studies. Batik is a culture that has always been developing and is close to the people of Indonesia. Batik is often involved with a method starting from the depiction of patterns to the pelorodan process or the process of releasing wax from batik cloth. The origins of the birth of batik in Indonesia are related to the development of the kingdoms of Majapahit, Solo, and Yogyakarta. Batik is a culture that goes down and down, Batik is known by the people of Indonesia. International recognition has been given to batik since 2009 by UNESCO (PBB) as a Cultural Object of No Human Heritage. October 2 is the date designated as National Batik Day, with this cultural icon is expected to always be preserved and interpreted especially by the Indonesian Nation. In every very diverse batik pattern, there are different philosophies and meanings. The total types of batik patterns that have been recorded are 30 types, each of which has its own characteristics. The results of the analysis raised 3 themes discussed here, namely the development of batik in Indonesia, the patterns and philosophy of batik, also the elements that support batik as a cultural identity of the Indonesian nation. The study of these three themes is very useful to understand the meaning of batik as Indonesian cultural heritage and identity. Then, the researchers found elements that supported Batik as a cultural heritage and the identity of the Indonesian Nation. 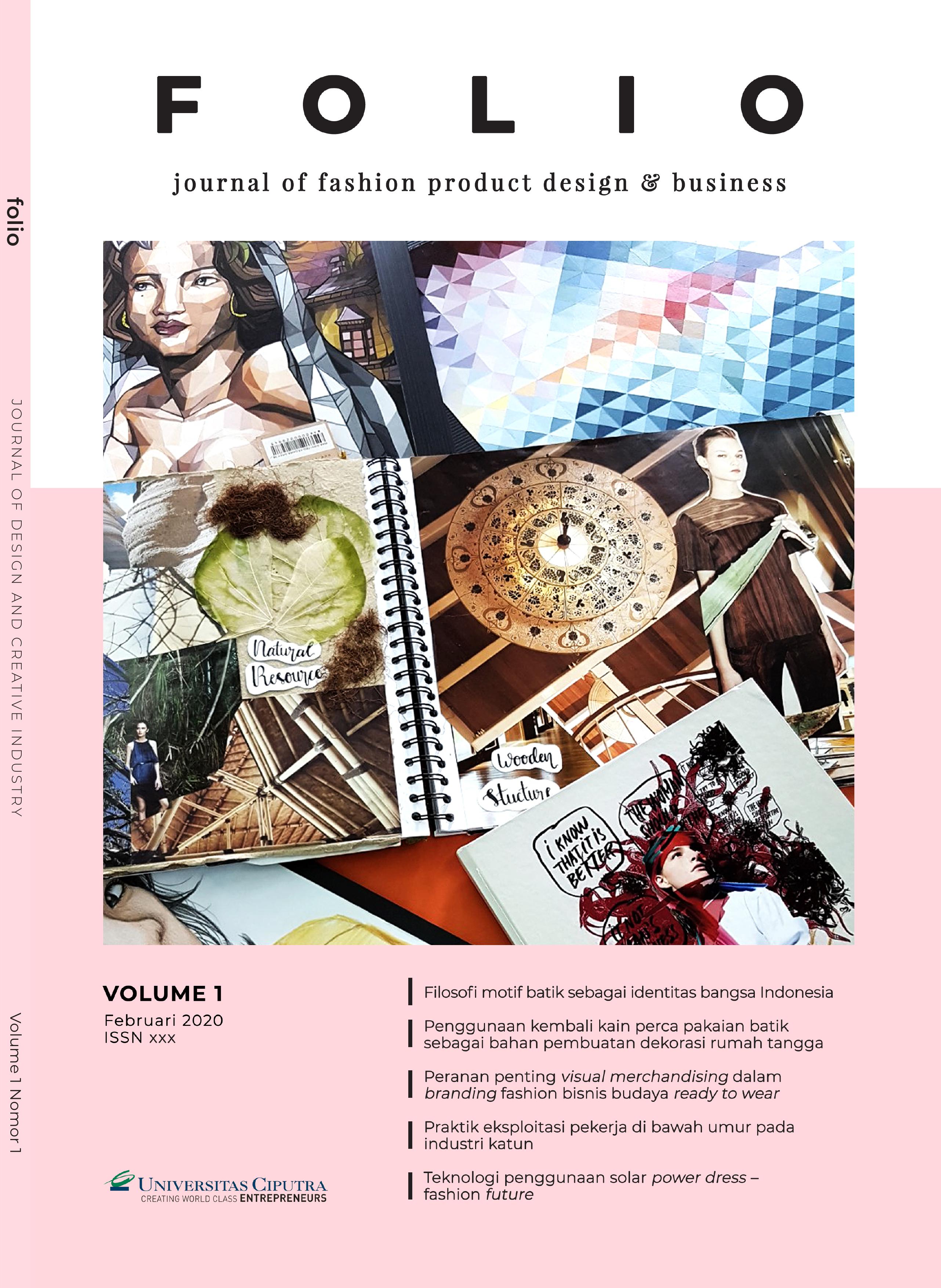